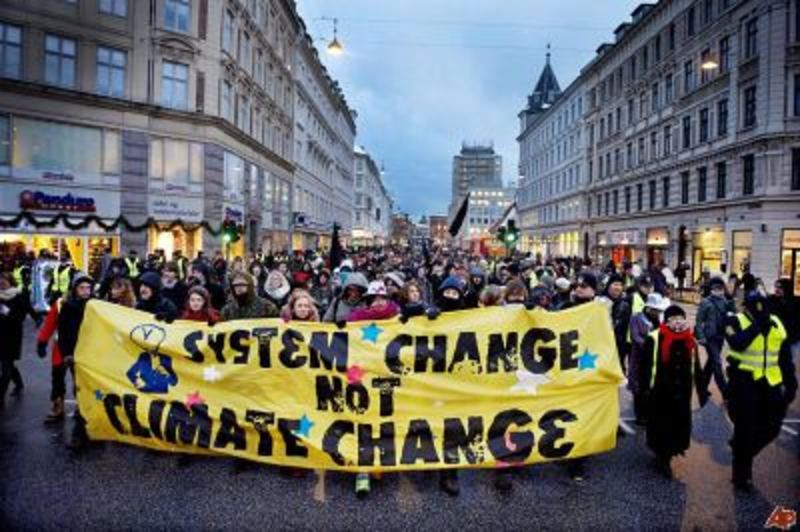 Ray Haddock is a doctor in psychiatry and psychotherapist with a lifelong interest in understanding complex systems and how they impact on each other and those who are in them. Most of his work is with human systems and change at a psychological and emotional level.

The aim of this article is to present a broad systems “big picture” perspective on climate change. This is attempted by outlining how one simple factor – increasing energy in the system at a rate faster than life can adapt to – can be understood at a system level, and how this feeds through into what is happening and the implications for actions to address this – If we choose to.

There are two relevant systems – the geophysical (Earth system) and the human system, which is a subsystem of the earth’s living system.

The picture below shows the two fundamental elements of the earth – the solid planet and the atmosphere. Whilst in reality both form the whole planet, the atmosphere is separated out because it has a unique and very special role. It is literally the boundary between the solid planet and the rest of the universe. Please take a moment to take this in! To the best of our knowledge, without this atmosphere, there is no life on earth.

What makes the atmosphere so special?

Put simply it keeps ‘stuff’ on earth and filters ‘stuff’ coming to earth from outside. The question of where it comes from is better answered by scientists but what we do know is that crucial constituents are largely put there by life itself, with two major ones being oxygen and carbon dioxide, which happen to be the two gases that most life on earth requires to continue to exist. Life creates the conditions for life.

This is what independent scientist, environmentalist and futurist, James Lovelock recognised which led to the development of the Gaia Hypothesis. This hypothesis postulates that the biosphere has a regulatory effect on the Earth’s environment that acts to sustain life. A basic requirement for life is energy. Energy can get very complicated but what we need to know is that energy is required to do anything and that anything that is happening is using energy. There are a couple of properties of energy that are also useful to have in mind:

One is the principle of the conservation of energy discovered/described by Isaac Newton. This means energy does not get lost it just changes from one form to another.

The second is that energy is either organised or disorganised and that the tendency of physical states is to move towards lower organised states. A bit like when you pour water on to a rough surface it flows (losing energy) to the lowest levels and then stays there.

If we keep putting energy into any system the temperature goes up, the amount of energy that remains in the system is a simple sum, the amount in minus the amount out – Primary school maths!

Stability: Energy in = Energy out

Life uses the energy of the sun to produce things needed for life, and the products of one life form are nearly always used by another and another and another- so there is recycling of the energy that comes in. This process is highly efficient and when the process is stable over millennia- excess energy gets stored short term and long term in various ways (e.g. trees, peat, coal, oil, fossil carbonates and more). Over long periods of time this helps to regulate the free energy in the atmosphere and damps down any changes from external sources unless they are catastrophic (e.g. meteorites etc).

Climate change is a human system issue. Climate has always changed over time and the problem now is that human activity is driving climate change at a much greater rate than life on earth can adapt to. On top of this – the planet’s natural systems that help keep the earth system in balance are also being destroyed and degraded.

There are many articles and reports explaining climate change and its impact on a wide range of events. There are also many predictions about what might happen because of where we are already and the possibilities (or probabilities) if we don’t act urgently to reduce the global temperature. In more recent years there is recognition that climate change and environmental degradation are all part of the same equation. Even more recently that for many the way humans have gone about developing our civilisation is through exploitation and persecution of significant numbers of our own kind and resulted in gross inequalities at all system levels.

Scientists naturally want to give us in-depth data and detail about their studies and findings. However too much information can sometimes be difficult to absorb and we lose the message in the noise. The enormous complexity of our world systems give a lot of opportunity for both natural doubt at the enormity of the problem as well as for those who have personal or partisan intentions to distort information and make us doubt the science. In this case selective pieces of information can be used in a way that is less benign by presenting only specific facts out of context that support a particular view or as a way of. The Human default is then to keep doing what is already familiar and change nothing.

Understanding the fundamentals of the changes we are witnessing and seeing how it all fits together gives us a chance to look past the smoke and mirrors of those intent, for whatever reason, on keeping the system the same as it is now or manipulating a particular direction.

Increasing the greenhouse gases is like putting a big duvet around the earth, the more we put in the thicker the duvet gets! One difference between the atmosphere and a duvet is that it does not stop the energy coming in (a bit like importing energy under our duvet by having an electric blanket). The result is that it gets hotter and hotter, energy is continuing to come in and less is going out.

Who is it a problem for?

It is likely that life will continue despite anything humans might do, as it has recovered from  great catastrophes many times and regenerated – Always back to a steady state until the next catastrophe. However, crucial to life’s ability to adapt is the pace of the change, think meteorite vs slight fluctuations in the sun’s output over large timescales.

Rapid change is a problem for all life forms that depend on a stable environment. Increasing the energy changes the balance in all dynamic systems, earth has short (weather) and longer (climate) term cycles that are impacted by this.

So what makes for a catastrophe?  The answer is simple – a significant energy imbalance in a short time period. When this happens there needs to be new ways to transfer the excessive energy in the system so we get climate change and extreme weather events. There is also the impact of the extra heat and changes in weather and climate on ecosystems which have developed to play their part in maintaining during a relatively stable period.

To come back then to the impact of greenhouse gases on the energy balance:  Greenhouse gases  help retain more energy from the sun in the earth system and the planet is warming. Energy from the sun is relatively consistent, in addition humans are adding both energy that was stored in the past as well as increasing the thickness of the duvet. The increased energy is leading to increased turbulence in the atmosphere and the release of further greenhouse gases from storage as well as degrading biodiversity and the capacity of the planet to restore energy balance.

Importantly we are doing this at a pace that is far more rapid than most living systems can easily adapt to with our significant loss. What we call climate change and extremes of weather is simply earth’s adaptation to manage a greater quantity of energy in the system that one of its lifeforms has precipitated.

So currently the “catastrophic” impact on the planet is being created by human activity and we are in effect witnessing a slow motion “meteorite” hitting our earth.

What implications does this have?  What choices do we have?

It may be that the experience of how difficult it is to change has more to do with vested interests than the reality. Change can happen quickly, for example, volcanic eruptions, earthquakes, asteroid strikes which can bring about almost instant change that is outside human control, giving no choice but to change. The current pandemic has also shown how when there is a stark choice, change can happen very quickly and people will work together to survive a crisis.

This recent article in the Guardian indicates we still have a long way to go to address the climate and environmental crisis  and it is easy to be despondent about the prospects of significant change any time soon. However, looking at the big picture potentially makes it easier to see what choices we have. A good source of system level interventions based on research and what we know already is the book and resource Project Drawdown. Research and science enables us to know what we might not be able to feel and it also enables us to use our feelings to act in ways that take us in the direction we want to go. It’s a cliche but we cannot just leave it to others and neither can we do it all ourself. So I end with some areas for you to consider what you can do yourself and much more importantly with others.

2. Adapt to the changes already built in.

We have little choice but to deal with and adapt to the changes that are already built in. The question for us is how we are going to fairly deal with the impacts, and distribute knowledge and resources to prioritise those who have been exploited to advance our civilisation. What value principles do we want to use, promote, campaign for, support in the adaptations that will be necessary.  What will we choose to sacrifice in order to achieve this or will we turn a blind eye to some of the difficult social and environmental issues that will not go away? Learning and reading a lot is always important (join Curious.Fran’s Environmental Bookclub) – share with others, join groups, and do whatever you can to build fairness and equality into whatever responses and adaptation are required.

This means carbon capture, increased carbon uptake, regeneration of multiple ecosystems and developing circular economies small scale and large. Getting to so-called “net zero” means we might continue to produce greenhouse gases but at the same time find ways of collecting and storing the equivalent of what is being produced. However we must be under no illusion that this is enough without the above changes too!