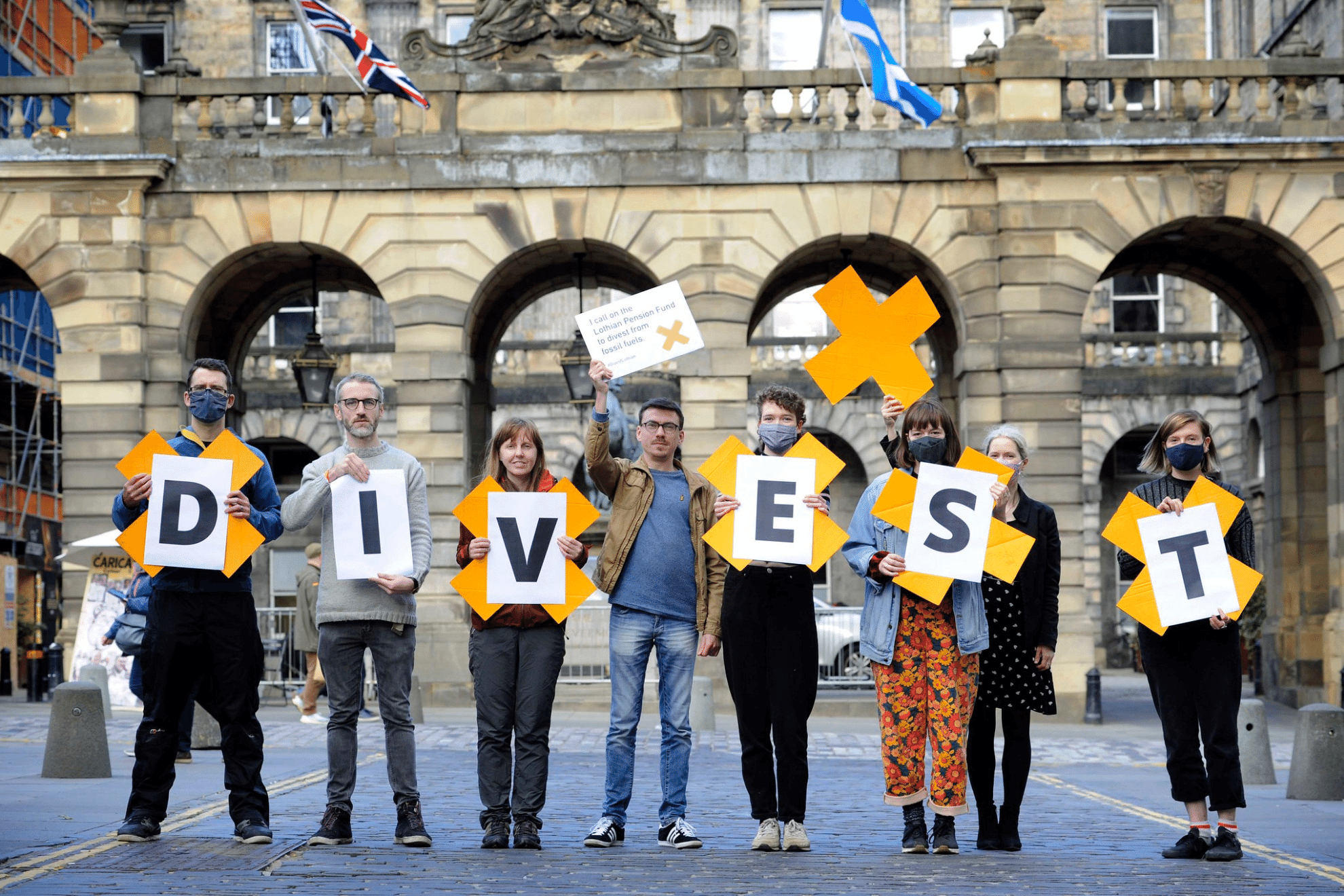 Here at curious.earth we’ve written before about ethical investments and ensuring where you save your money aligns with your values…but what about divestment? Divestment is simply the opposite of investment – removing funds from companies that are unethical, for example arms manufacturers, tobacco companies, or fossil fuel companies. For an individual, that could mean switching your banking provider, investing in a green ISA, or you guessed it – swapping to an ethical pension!

OK but can my money really help save the planet?

We’ve written previously about using power as a shareholder to engage with companies and change their practices, which has certainly proven successful in some instances. However, whilst pension fund managers frequently cite net-zero commitments and investment in renewable energy as a reason to hold onto shares in fossil fuel companies, in reality this is just greenwash – empty promises made to placate shareholders.

Research found that, in 2019, despite many of them having already announced “net-zero” pledges, oil and gas companies were still spending over 99% of their capital on fossil fuel development. A further study by LSE (London School of Economics) in 2020 found that of 125 fossil fuel and energy companies, not a single one was “on track to align their business with the Paris climate goal … despite net-zero emissions pledges”.

This demonstrates that, as investors, turning off the money tap (aka divesting!) may well be the most meaningful action we can take to influence the business practice of these companies.

Well the good news is, it’s already happening! There have already been a number of success stories as a result of divestment campaigning.

In 2016 Waltham Forest became the first UK local authority to commit to divesting from all fossil fuels. It has since been followed by 4 more LA’s, the Northern Island Assembly, and the Welsh Parliament. On top of this, more than half of all UK Universities have pledged to divest.

Globally, there are more than 1,500 different institutions (universities, councils, cities, charities, faith institutions, and others) who have made a commitment to divest. This includes New York State, which has over 1 million members in its $268billion fund, and the Dutch civil service pension fund ABP which is one of the largest in the world. In total, the funds of the 1500 institutions add up to over $39trillion.

Although there has been a lot of progress there is still a lot of work to be done. The more pension funds that divest, the less money there will be available for companies like BP and Shell to continue with their climate destroying activities. Here are a couple of examples of campaigns which are still working hard to convince pension providers to do the right thing…

Glasgow, having played host to the UN COP26 climate conference just a few months ago, is at the centre of one of these campaigns. Despite joining the C40 ‘Thriving Cities’ initiative and pledging to be carbon neutral by 2030, Glasgow continues to fund climate breakdown through its pensions. Glasgow City Council manage the Strathclyde Pension Fund, one of the largest pension funds in Europe, which has an estimated £836million invested in fossil fuel companies.

The Divest Strathclyde group have been campaigning for over 4 years, demanding that SPF divest from all fossil fuel companies, and despite some apparent recent success, the campaign is far from over. Back in June 2021, SPF did take the positive step of voting to reassess their investments and to divest from companies that ‘don’t take their responsibility on carbon or climate seriously’. However, since this announcement little real progress has been made. The committee published their so-called divestment policy back in September but the policy made no mention of the Paris climate goals, set no timescales or deadlines for action, and set the bar for continued investment so low that the paper itself confirmed that they would retain nearly all of their existing fossil fuel investments. Divest Strathclyde continue to campaign to force SPF to make real change for the climate and for its members.

Make My Money Matter is a UK-wide campaign encouraging people to ‘Take the 21x Challenge’. Their research has estimated that the average pension has a carbon footprint of 26 tonnes (if that sounds a bit abstract, compare it to the average annual carbon footprint of a UK citizen which is around 12.7 tonnes). This means greening your pension can be 21x more effective at reducing your personal carbon footprint than giving up flying, going veggie, and switching energy provider combined. The campaign isn’t targeting any one particular pension provider or fund. Instead, the aim is to engage people in their finances, educating people on their pensions and where their money is going and encouraging them to demand better.

(All photos courtesy of Friends of the Earth Scotland)