I attended a few of the events during the day and found it really insightful., One of the highlights I would like to share with other curious minds was a short introduction to an initiative called The Chancery Lane Project. (TCLP)

What is The Chancery Lane Project

The project is a pro bono initiative that brings legal professionals together to collaborate, rewriting contracts and laws in order to support communities and businesses in fighting climate change and achieving net zero carbon emissions.

What are the aims of The Chancery Lane Project?

How does The Chancery Lane Project work?

The project carries out a number of activities, including: 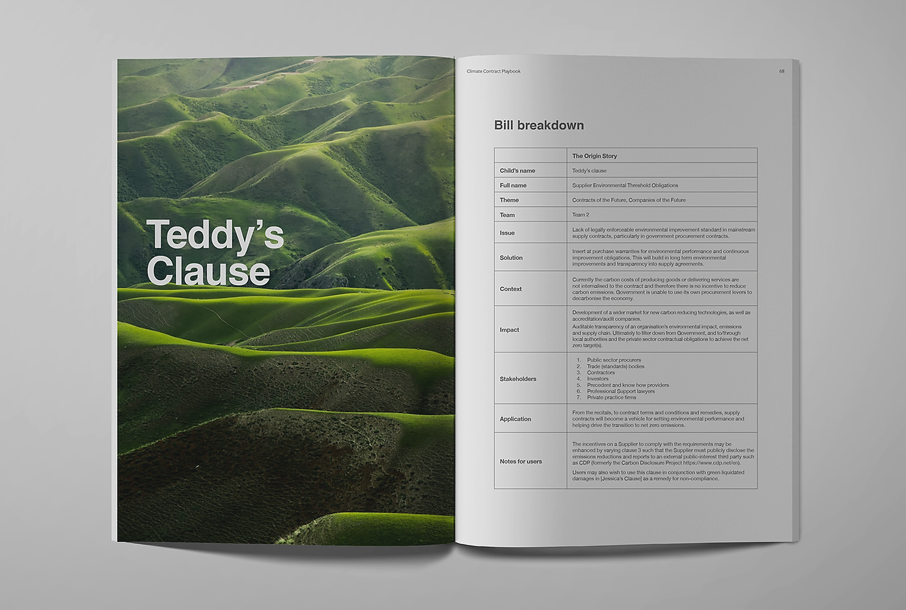 One of the quirks of TCLP is that they name all their clauses after children! I really liked this little touch, encouraging the user to consider the bigger picture when using the clause, and the impact of the climate crisis on future generations.

Why is this so important?

Intentions are one thing, and we can talk about being great, but in business, in order to ensure something happens, we often need to write it into a legal contract.

A contract offers a place for a clear description of what was agreed & the legal framework to dispute if either party thinks the other hasn’t acted as they say they would.

This is particularly useful for companies who want to do good and only buy from other companies with a similar ethos.

An example of TCLP in action – Salesforce

In late April 2021 Salesforce wanted to take more control over its scope 3 carbon emissions –  indirect emissions from the companies that it bought services from. hey worked with TCLP to embed new clauses into their supplier contract to ensure more sustainable practices from the companies they bought from. This gave them certainty that their indirect emissions, caused by their suppliers, were being addressed..

For example, it was written into the contract that all suppliers must: “Publicly disclose their scope 1, scope 2 and scope 3 emissions.” – so simple but incredibly effective!

You can read the full case study here.

Be Curious – What can you do now!

If you work in procurement or legal, why not check out their website and learn a little more about their services.

If you don’t, why not forward this email to someone in your business or a friend who may be interested in The Chancery Lane Project.