The UK could approve the biggest undeveloped oil field in the North Sea in the next few weeks. The Rosebank oil field is located off the coast of Shetland, and three times the size of the nearby Cambo oil field, which was paused after a successful campaign last year.

Rosebank is owned by Norwegian state-owned oil company Equinor, who made almost £30 billion in profits in the first half of this year alone. However, the field would be built using taxpayer’s money in the UK, while Equinor will pocket millions in profits. The UK’s new prime minister Liz Truss is hell-bent on approving new oil and gas fields, which is in direct conflict with our ambitious climate targets, and an announcement on a new oil and gas licensing round this autumn is imminent.

Here’s why Rosebank is a very bad idea…

Rosebank’s oil would wreck the climate.

At 500 million barrels, burning Rosebank’s oil would come with severe consequences and push us past safe climate limits. Only last year, the International Energy Agency – the global leading energy body – stressed that in order to keep temperature rise below 1.5°C, there can be no oil, gas and coal anywhere in the world.

This year saw the impacts of climate breakdown knocking on our door, which London recording temperatures above 40°C for the first time in history, rivers drying up in Europe and countries like Portugal and Spain suffering thousands of heat deaths. New oil and gas would only add fuel to the fire, and make us more vulnerable to extreme weather events. 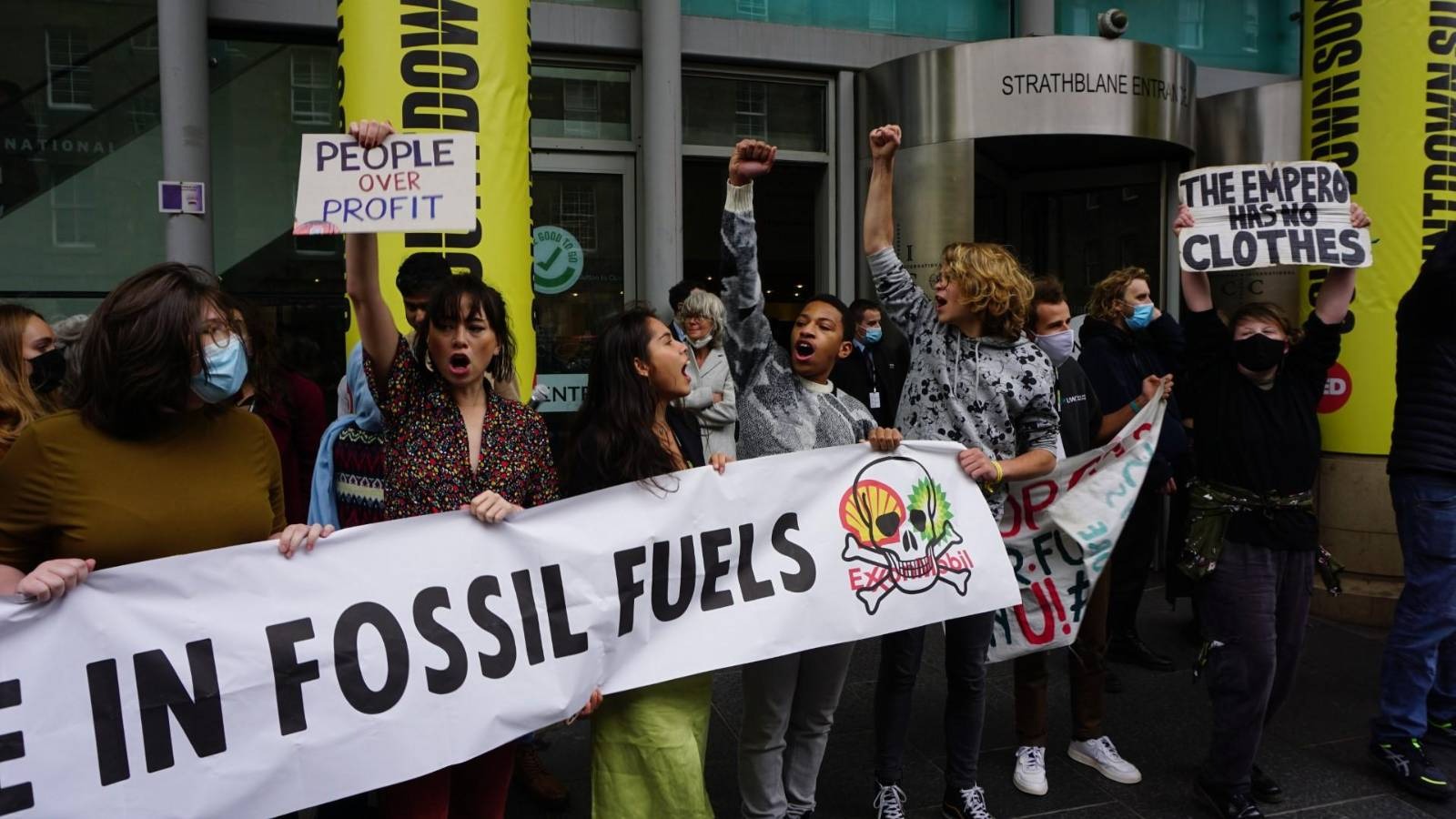 Rosebank’s emissions would be the equivalent of the annual emissions of the world’s 28 lowest-income countries, or 700 million people. Just weeks before the COP27 climate conference, this sends a dangerous message. As a country with historic responsibility for the climate crisis, the UK should be stepping up and leading the way, not burning every drop of oil it can find while the world burns.

In recent weeks, places around the world have been ravaged by the effects of the climate crisis – with more than one third of Pakistan under water, devastating flooding in Italy and a catastrophic hurricane in Puerto Rico. For years, countries in the global south have been waiting for adequate climate finance to deal with the causes and impacts of the climate crisis – they’re waiting until this day, while we spend our funds on generous fossil fuel subsidies. 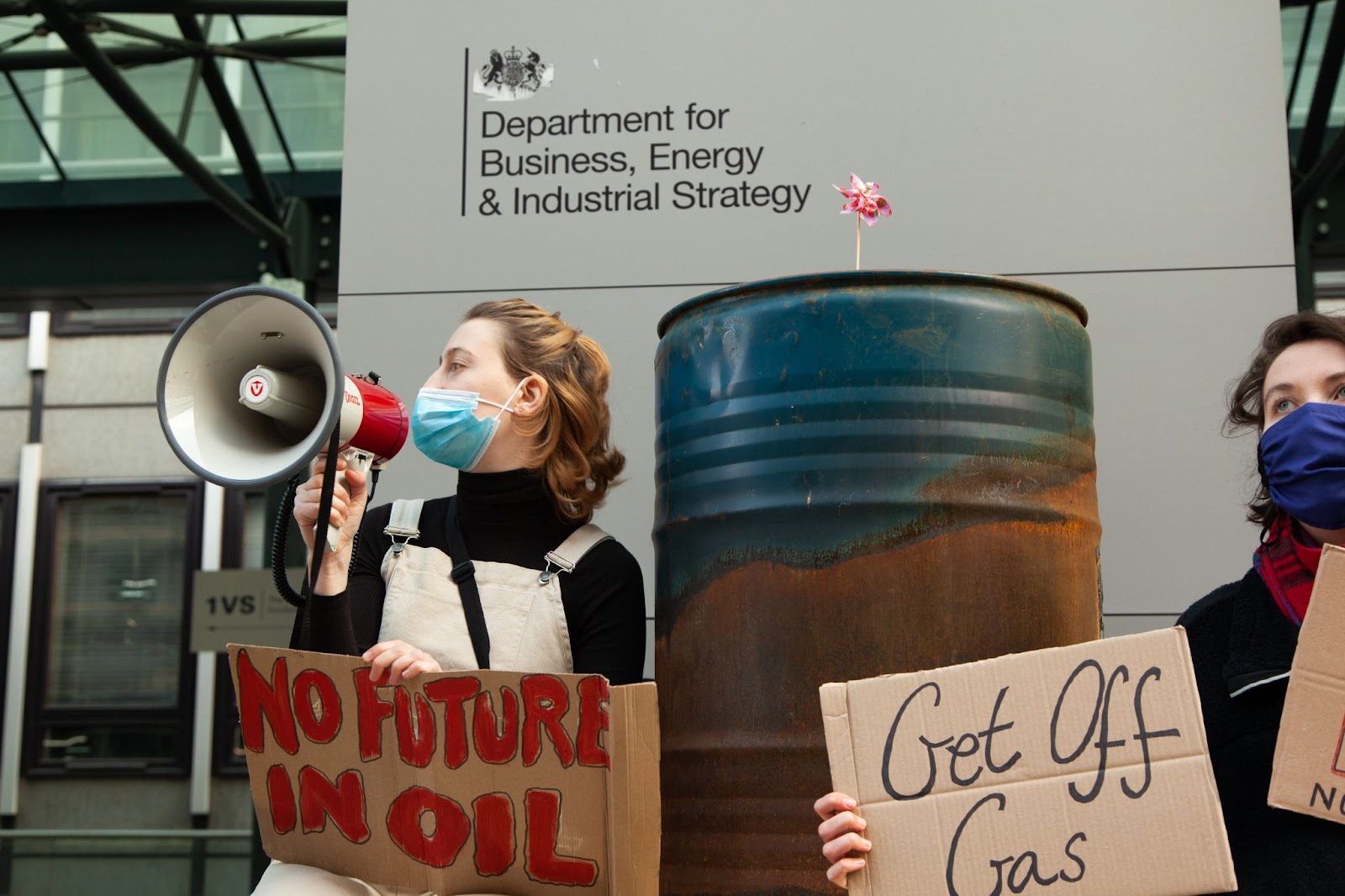 Rosebank will not help the cost-of-living crisis.

The UK has been experiencing a massive energy price crisis, with average bills over double what they were last year, and up to two thirds of the population experiencing fuel poverty – having to make difficult decisions between heating and eating. Meanwhile, oil and gas giants have been making record profits as a direct result of soaring energy prices. While the UK government introduced something resembling a windfall tax on oil and gas profits a few months ago, it was nowhere as ambitious as it should have been, and included 90% tax cuts for companies who want to develop new fields in the North Sea. Those tax cuts mean that the UK public would effectively hand Rosebank’s owners over half a billion to develop the field, if approved.

While the UK government and fossil fuel companies argue that new fields are needed to lower energy costs, new oil and gas production actually wouldn’t have an impact on our bills – the price of gas is determined by the international market, and as things stand gas is nine times more expensive than new UK renewables. Further, only 10% of Rosebank’s reserves are gas, and 80% of UK oil is exported as it’s not the right kind for us to use. Meanwhile, there are over 600 onshore wind and solar projects which have planning permission and are waiting to be built. Why the delay? Well, we only have to look as far as Liz Truss’ campaign, which was funded by the wife of a former BP executive, and the industry’s generous donations to the Conservative party…

Approving new fields like Rosebank will do nothing but lock us into an expensive and polluting source of energy for longer than needed, while we have all the resources and technology we need to rapidly shift towards renewables. The government has run out of excuses. 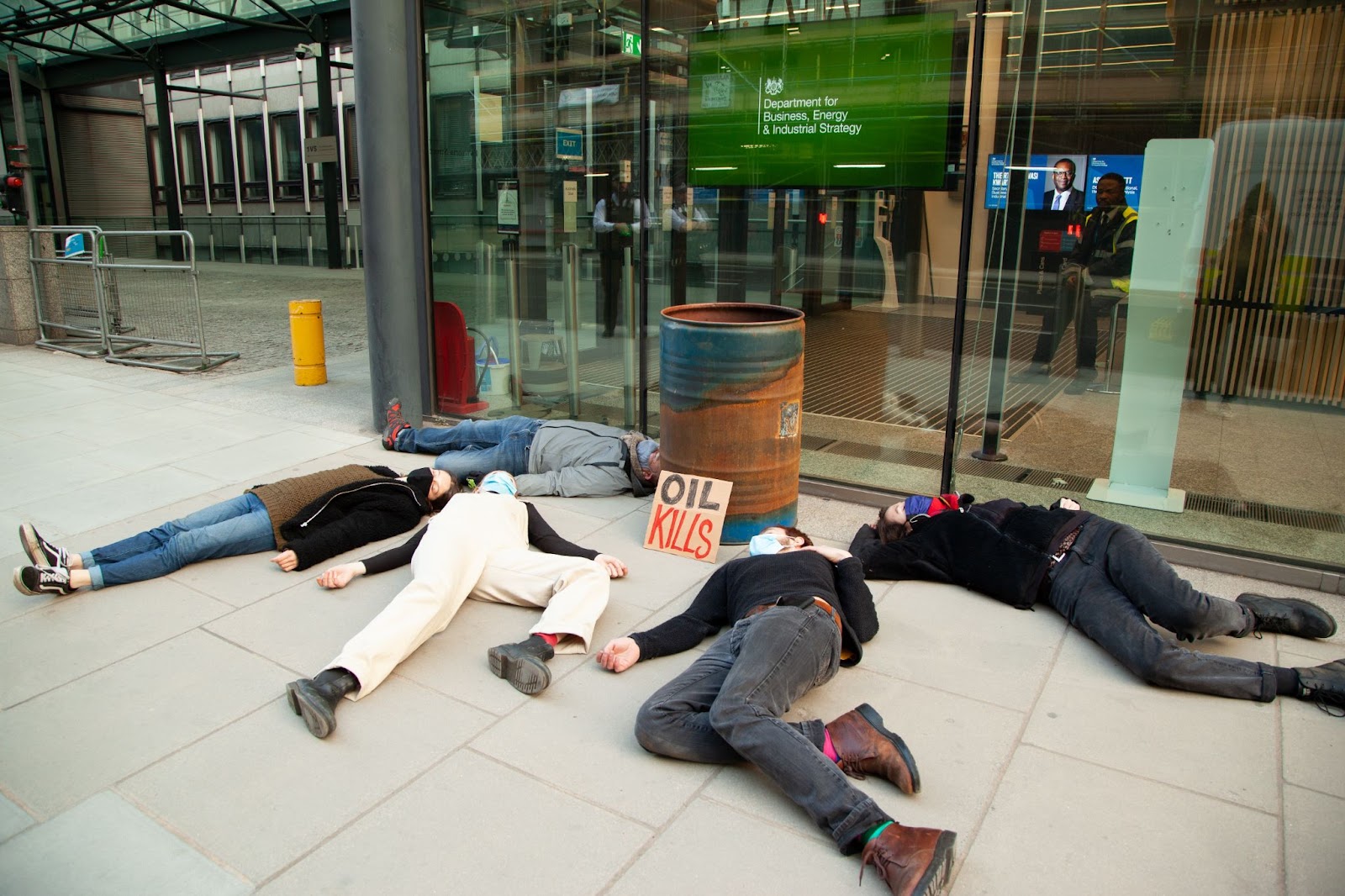 Rosebank’s pipeline could endanger protected marine life. Loud drilling, seismic blasting and construction at Rosebank would disturb dolphins, whales, fish and seabirds – potentially changing migrational and living patterns. If an oil spill was to occur during Rosebank’s operations, the potential impacts on marine ecosystems in the UK and those of neighbouring countries could be devastating. The pipelines needed to transport the gas from Rosebank would cut through a specially protected and precious seabed, the Faroe-Shetland Sponge Belt, home to sensitive deep sea sponges and 400 year old clams.

Every new field delays the transition away from risky jobs in oil and gas towards decent, unionised, green jobs, led by oil and gas workers, their unions and impacted communities. Done properly, with the right support and investment, the move away from fossil fuels could see three jobs in clean energy for every oil and gas job. While Equinor claims that Rosebank will create 1600 jobs, the real number is less than a 1/3 of this, with the rest temporary employment in the very short period during the peak of the project’s construction. 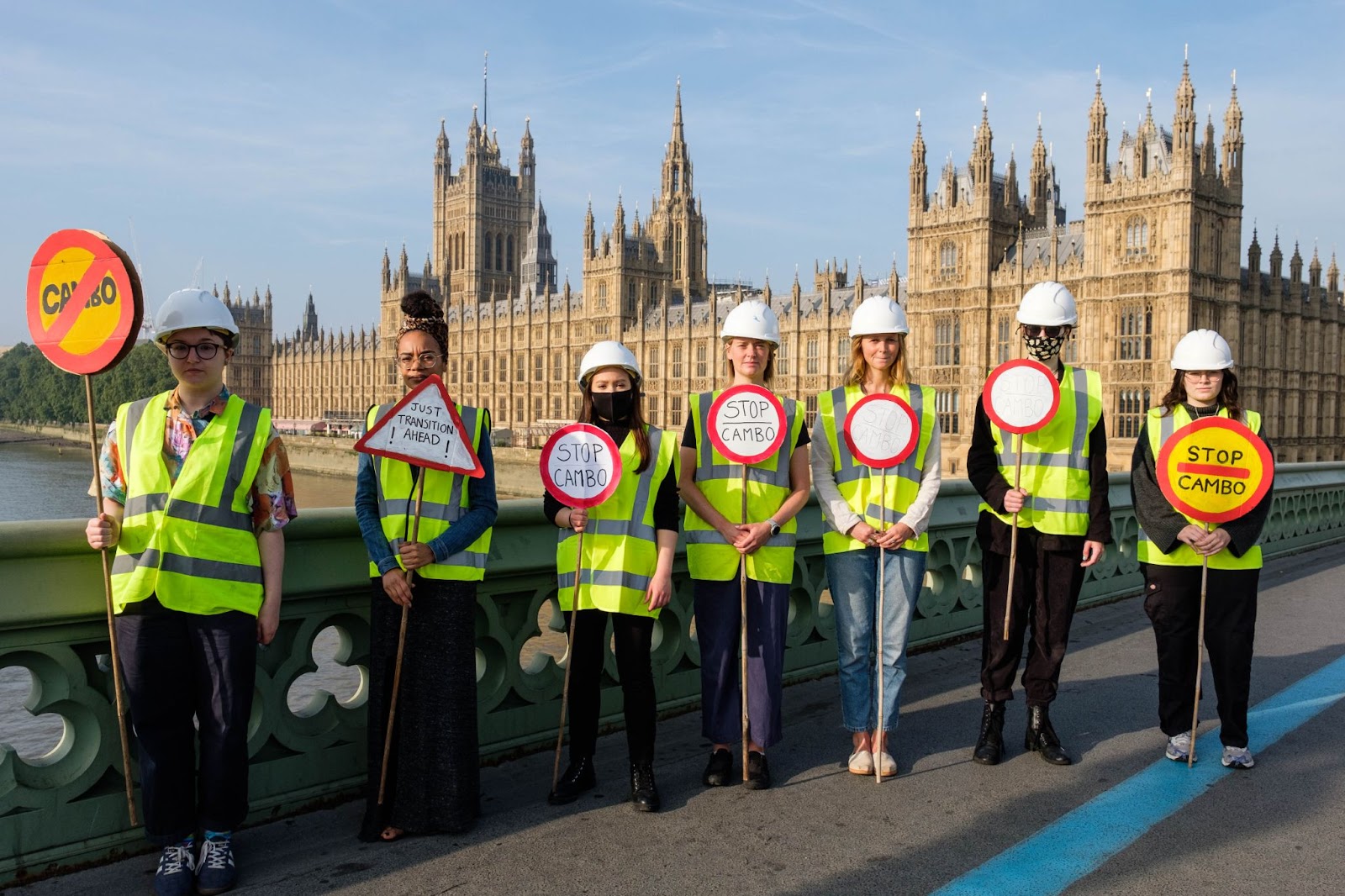 Rosebank is a striking example of how climate, social and economic justice are closely linked, and all environmental struggles lead back to an industry which benefits the few while harming everyone else. We simply cannot let this field go ahead, and the #StopRosebank campaign is gaining momentum to stop the development of the field in its tracks.

Last year, thousands of people across the world came together and forced Shell to pull out of the development of the Cambo oil field in the North Sea. We’ve done it once, and we can do it again. A field that’s three times as big as Cambo means it’s time to get bigger and bolder than ever before. And we will need everyone to join this fight.