On April 24th 1932 over 400 people participated in a mass trespass onto Kinder Scout, the highest terrain in the Peak District and at the time a moorland owned and exclusively used by gamekeepers. The event was organised by the Manchester branch of the British Workers Sports Federation in protest of walkers being denied access to the countryside versus the rights of the wealthy to have exclusive access to vast swathes of moorland for grouse shooting. The action lead to five ramblers being arrested and although the action was controversial, it has been widely credited for leading to the establishment of  National Parks legislation in 1949, contributing to the development of the Pennine Way and other long distance footpaths, and securing walkers rights over open country and common land in the Countryside and Rights of Way (CRoW) Act of 2000.

So why is the right to roam more important and topical than ever?

In England, 50% of the land is owned by less than 1% of the population, and still only roughly 8% of the land and 3% of inland waters are accessible to the general public. This differs hugely from the situation just over the border where the Scottish public have the full responsible freedom to roam. What used to be common land in England was transferred to the ownership of the very wealthy and landed aristocracy in the many enclosure acts passed between 1604 and 1914, pushing workers off the land. Approximately 30% of all land in England is still owned by aristocracy and gentry, 18% is by corporations and 17% by oligarchs and city bankers.

Overall, the CRoW act granted public access to a small fraction of the land often difficult to access for those without transport, making it relatively easy to accidentally trespass on land that currently isn’t legally accessible. The Right to Roam Campaign calls for this act to be extended and for the right to roam to cover woodlands, rivers and greenbelt land. And with good reason…

The pandemic has highlighted huge inequalities in access to green space and the link to social wellbeing that access to nature brings. Research has found fewer than half of those with a lower income live close to green space, and black people and people of colour (BPOC) are nearly four times as likely as white people to have no outdoor space at home. For BPOC communities the barriers aren’t just walls on estates but also a rural landscape full with the (often unacknowledged) grand estates built from the profits of the slave trade and colonialism.

There is enough evidence to show that nature is essential for our physical health and mental wellbeing. However, common rhetoric pushed even by Sir David Attenborough tries to convince us that if humans are let loose on nature we will trash it, but is this really the case? Before colonialism, Indigenous peoples lived in deep sustainable harmony with the land, not separately but amongst nature, and are still guardians of 80% of global biodiversity. It is proven that reconnecting with nature leads to greener actions. Other countries with freedom to roam such as Norway, Sweden, Estonia and Scotland also shows us that when children grow up with outdoor freedom, a ‘leave no trace’ culture is inherent with good knowledge of countryside codes, which is why the Right to Roam campaign are also pushing for better promotion of the Countryside Code. 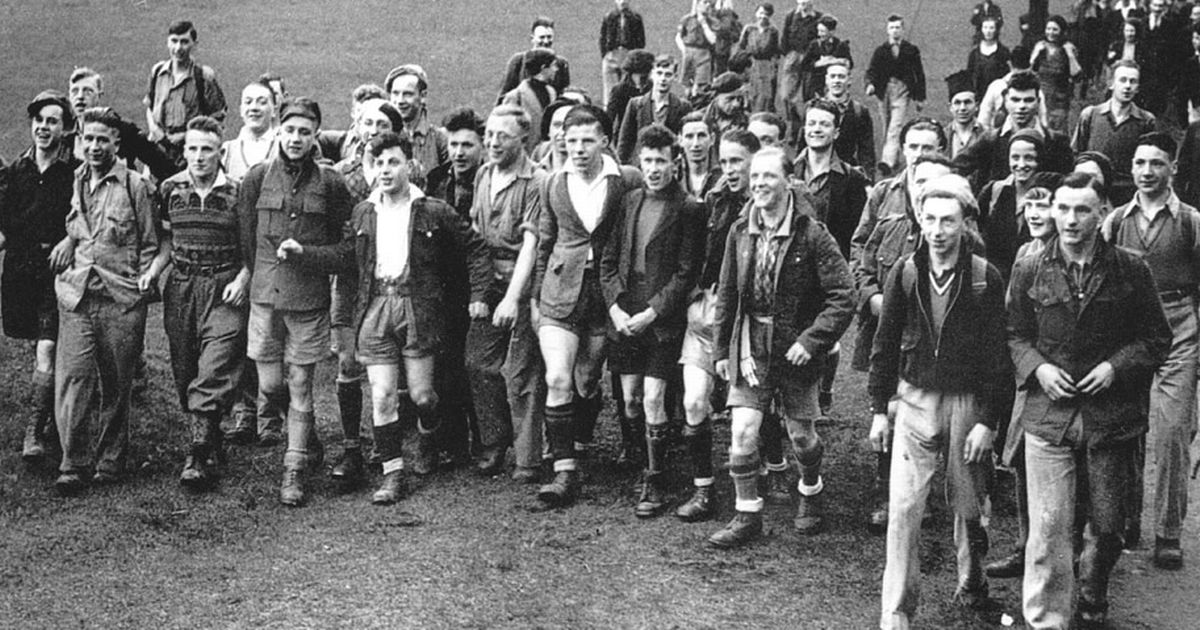 Unfortunately, the UK government is currently seeking to exacerbate these imbalances rather than redressing them, with the controversial Police, Crime Sentencing and Courts (PSCS) Bill recently passing its second reading in parliament. This Bill not only seeks to hugely restrict the right protest and increase racist stop and search powers, but also to criminalise trespass, which is currently a civil rather than criminal offence. The Bill will cause drastic harm to already heavily persecuted Gypsy, Roma and Traveller communities by criminalising ‘unauthorised encampments’, which rather than increasing the insufficient site provision simply seeks to criminalise a traditional way of life. Criminalising trespass proposals also make protest camps such as those used by HS2 Rebellion illegal, targets rough sleepers and squatters and sends the clear message that we are not welcome in the land we live in – with outdoors groups from wild campers and wild swimmers to kayakers, walkers and climbers all at risk of being criminalised for simply doing what makes them feel alive.

This weekend many will be marking the anniversary of the historical Kinder Scout trespass with a peaceful trespassing action organised by Right to Roam and Extinction Rebellion to highlight the necessity for greater access to nature in England. But this campaign isn’t about privileged people simply asking for more space to carry out our sometimes elitist outdoor activities, and it certainly isn’t about climbing into people’s gardens or damaging crops, but about questioning outdated power structures, making the outdoors inclusive for all and moving away from a colonial style of conservation which see use as separate from nature, to recognising that we are truly part of nature, and only then will both thrive. 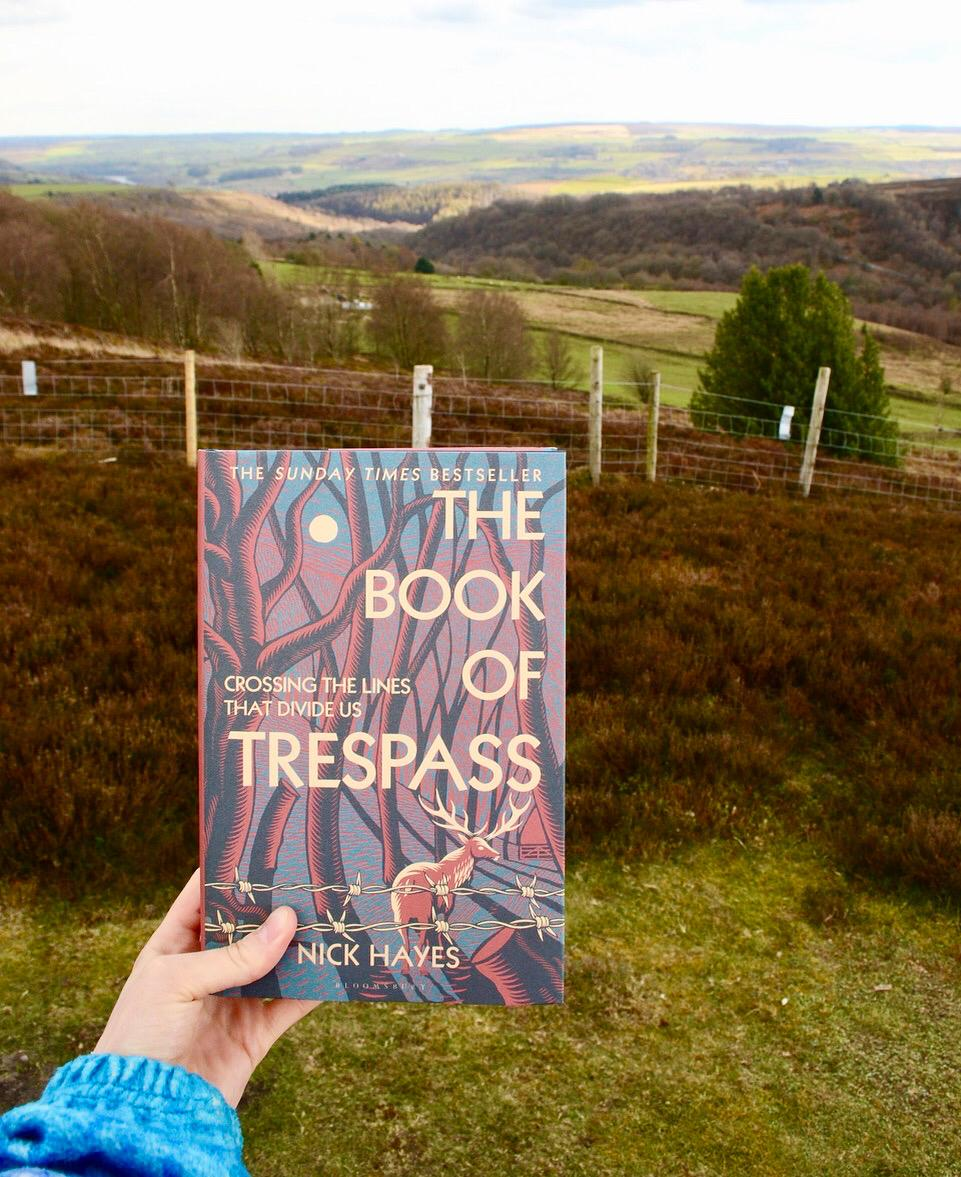