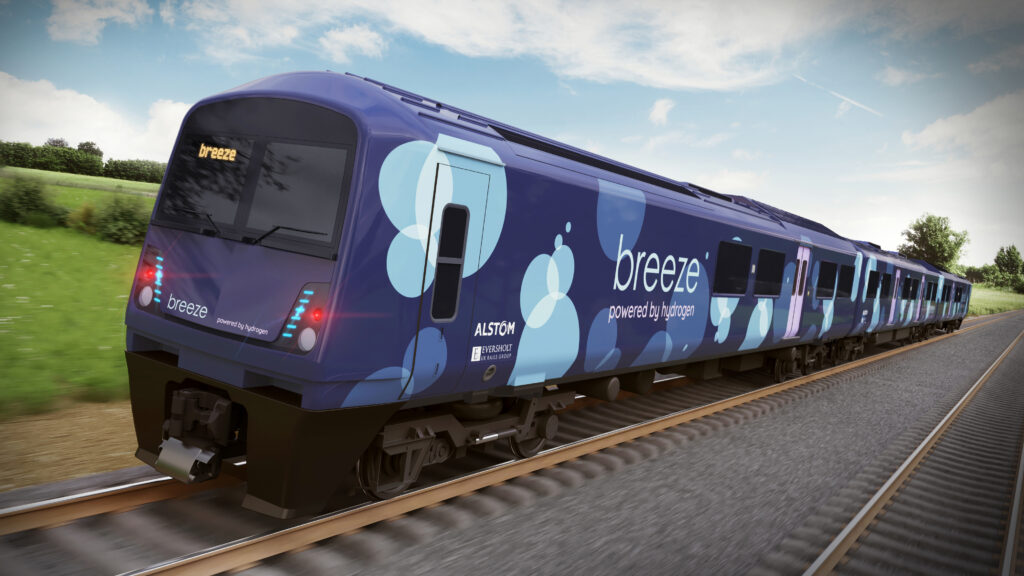 Transport giant Altom & Eversholt Rail is planning to upgrade UK trains to hydrogen and could have the zero-emission trains running on major UK lines within two years. Choo Choo!!

What is the Loco-motive behind Hydrogen trains?

The ‘Fat Controllers’ in Britain are aiming for diesel-free railways by 2040. With more than 40% of the UK railway network already running on electric, you’d probably think more electric would be the way to go and they have their signals crossed, but that’s just tunnel-vision.

But because of the cost of overhead electric cables, it’s cheaper (and easier) to rip out diesel tanks, put hydrogen ones in, and run them on the existing tracks.

Government guys and gals at The UK Office of Road and Rail reckon that 2017-2018 passenger trains were responsible for nearly 3 million tonnes of CO2 emissions. That’s why zero-emission hydrogen trains are massively important to a greener UK future. But just like with electricity – how green they truly are depends on how green is the source of the power (hydrogen in this case).

The shift away from fossil fuels is well and truly underway.

Challenge for you this week: Can you improve one journey that you take this week? Walk instead of Uber, train instead of drive, cycle instead of jumping on the bus? Let us know how you get on.