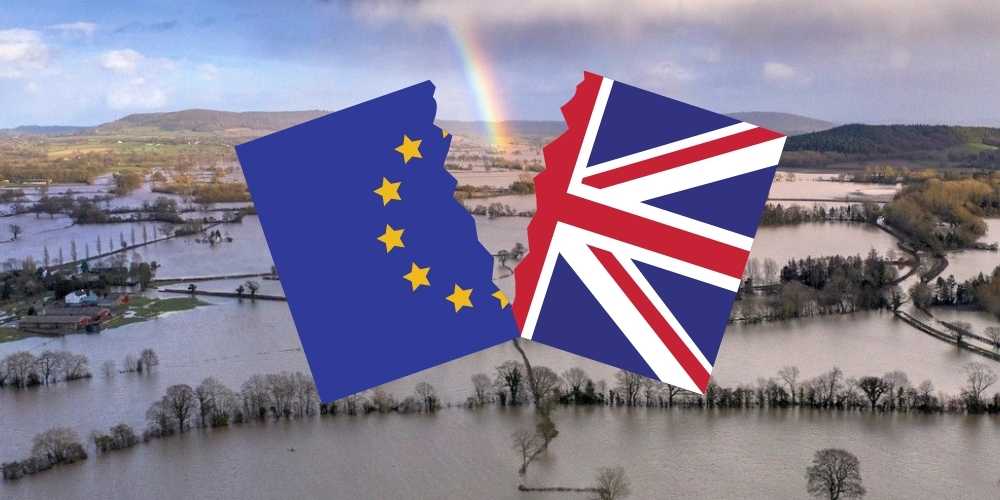 On Christmas Eve the UK and the EU finally agreed a Brexit trade deal. The deal is set to have a profound impact on Britain’s environment.

But what has the UK pledged and what does the new deal mean for climate change and Britain’s environment?

At the top of the bill the EU and the UK reaffirmed their commitments to achieving carbon neutrality (aka Net Zero) by 2050 and made climate change an ‘essential element’ of the trade deal. Britain must, therefore, strive to achieve Net Zero by 2050. If it doesn’t the trade agreement can be postponed or cancelled. The same, of course, applies for the EU.

This will be seen as a major success by most environmentalists in light of the UK’s earlier attempts to exclude climate from the agreement. It also means there will be a clear political and economic cost for any group trying to hijack the UK’s climate commitments in future.

Both parties have also committed to maintain their current standards of environmental protections. If either side tries to pull back on these to gain a competitive advantage, the other can suspend parts of the agreement or impose trade sanctions.

However, this only applies to situations where pulling back on protections gives one party an advantage over the other.

For example, if the UK removed its ban on certain environmentally harmful fertilisers, thereby making a British product cheaper than an EU product, the EU could suspend parts of the trade agreement in response.

However if the UK pulled back protections on certain harmful fertilisers and it had no impact on EU competitiveness, the EU would be unlikely to act. Therefore, the battle over many of the UK’s environmental protections will have to be fought elsewhere.

The devil in the detail

That means in most cases the UK will have to fight its own battles on wildlife and the environment.

It could have positive effects for UK wildlife in some cases with UK systems replacing EU mechanisms. One outgoing and contentious policy is the EU’s Common Agricultural Policy which “wreaked devastation on our wildlife”, according to Craig Bennett, CEO of the Wildlife Trusts.

The UK’s new system, the Environmental Land Management (ELM) scheme, rewards farmers for positive environmental change. They will be paid in grants by the government for, among other things, reducing flooding, planting trees, and cutting industrial pesticides. However, critics have pointed out that the scheme lacks the urgency needed at a time of profound crisis.

There will also be a Sustainable Farming Incentive which will reward farmers for basic activities such as crop rotation and soil conservation. This scheme is much more accessible to farmers but critics say that it will reward basic activities which provide no real or urgent benefit to wildlife.

The key piece of legislation filling the void left by EU powers is the new Environment Bill. The Bill sets a framework for establishing legally binding targets on water, air, biodiversity and waste. The government must take measures to meet these or face consequences set by new body the Office for Environmental Protection (OEP).

The OEP has been set up as an independent watchdog under the Environment Bill to police laws on air, water and waste. Previously these laws were enforced by European Courts and the government could be taken to court if they failed to adhere to EU laws.

However, campaigners say that the OEP will not be truly independent as its chair and board members will be appointed by a member of the government. Critics also say its powers will be weaker than EU measures, and it could be tamed and stripped of funding as its budget will also be set by the government.

Campaigners are also concerned that Britain has now left the EU without a functioning OEP and have pressed for interim measures and safeguards. Greener UK has published ten areas where interim measures are needed.

The future of Britain’s environment is uncertain. Strong commitments on climate targets like Net Zero offer the public and campaigners alike hope for optimism.

But whether Britain’s Environment Bill and new watchdog have teeth, and whether the government will act fast enough in the transitional period, remains to be seen.

Outside of the EU the future of Britain’s environment is, and will likely be, shrouded in uncertainty.

In these uncertain times green groups and campaigning will be more important than ever to protect British wildlife and help reduce UK emissions. Why not join one of these below or another climate or conservation group?

Want to read more on the future of Britain’s nature and environment? We found these articles useful: