Sustainability is full of myths, superstitions and taboos. Those who follow the mainstream narrative risk becoming immune to all debate by their sheer popularity. Overall, this is not a good thing –  if we want to find actionable solutions to protect the environment and tackle the climate emergency, we must examine and challenge these myths openly.

One of these myths is that nuclear power is completely bad, and a thing of the past. In this article  we will explore a rather controversial idea: that if we want to fight against climate change we will need nuclear as much as solar and wind.

Nuclear power has a PR problem. Its peak pop-culture moment was arguably the prime-time appearance of Blinky, the radiation-struck three-eyed fish in an early episode of The Simpsons. This mutant had been fed with the radioactive waste of the local nuclear plant, owned by Montgomery Burns, the millionaire arch-villain of the series.

The animated show was satirically commenting on opinions already in the zeitgeist.

Nuclear energy has forever been associated with wartime atrocities and peacetime accidents, and the opening of nuclear plants and waste repositories is still met with demonstrations and public outrage. This mindset is understandable but not helpful. We need to ask, if we truly want to fulfill the Paris Agreement and transition from fossil energy in a clean, just, and reliable manner, can we afford to rule out nuclear power?

At present, renewable energies are getting all the love and attention, and indeed they are fundamental for energy transition. But as promising as they may be, they are not as reliable as we want them to be.  Forces of nature act independently to our needs and wishes, with days when the sun won’t shine, or the wind won’t blow – or even days when it will blow too much and damage the grid. These are not theoretical problems, but exactly what happened in the California blackouts last year. While storage batteries could be a solution to the random behaviour of the wind and sun, at the current pace of installation and cost, they won’t be a sufficient solution in the short term. The consequence is that, at present, countries always need a backup ready just in case. Knowing this, it is not surprising to see natural gas companies remaining happy and supportive of the surge in uptake of renewables.

The problem of intermittency, together with transmission costs (windmills, for instance, often need to be in remote places) also bring higher prices. Whilst production costs of renewable energy have plummeted in recent times, renewables are increasing the price consumers pay for electricity (see here, and here). The energy transition should not be an extra burden supported by ordinary consumers in the midst of a context of rising economic inequality.

Nuclear power is, on the other hand, remarkably reliable. This is important: we want to charge our phones when the sun is not shining and our hospitals to work when the wind doesn’t blow. According to data from the US Energy Information Administration, a nuclear plant can run continuously for more than 90% of the hours in a year, compared to 30% for wind, or 25% for solar. No wonder that despite the bad press, nuclear already produces 10% of the energy in the world, with 20% in the US, 16% in the UK and a whopping 70% in France.

Nuclear power is also cleaner than it is given credit for, and not only when compared to fossil energies. Like renewables, it does not emit CO2, and additionally, it doesn’t have as great an impact on the local landscape level. Wind and solar farms take up vast extensions of land that are hostile to biodiversity. Thanks to a superior energy density, a typical 1000mw nuclear power plant  takes up one square mile of land, whilst a wind farm requires up to 360 times as much land area to produce the same output – and a solar farm 75 times more. It goes without saying, the presence of these farms can be very disruptive for local biodiversity, with wind turbines having a particular negative impact in species such as bats, insects, and big birds.

Lastly, when it comes to waste generation, renewables suffer from the unaddressed issue of how to recycle the massive equipment required when their life cycle ends. Waste is the single most cited risk mentioned by detractors of nuclear energy but the truth is nuclear plants do not generate much of it, and 97% of what is created is recyclable and of low or intermediate radioactivity. The waste that does exist is stored on land in concrete canisters. All the nuclear waste that has ever been generated in the US can be stored in an area equal to a football field – this is equal to what coal plants release in just one day.

Of course, all the advantages of nuclear energy will mean nothing if it comes at the cost of having even one Chernobyl-style accident. But putting aside design and operating failures, most  deaths could have been avoided if all protocols and emergency systems had been in place – as was the case in Fukushima, where most public health issues related to the response to the disaster, such as evacuation and relocation of people – 1 confirmed death from radiation, more than 2,000 from evacuation. As a means of comparison, it is estimated that exposure to fine particulate matter (PM 2.5), derived from fossil fuels caused 8.7 million deaths globally in 2018.  It appears the perception problem here works similarly to that of flying: we all know it’s actually incredibly safe, but we can’t help being a little bit anxious every time.

If we really want to cut down on fossil fuels and tackle climate change, we need alternatives that  work.  Renewable energies are exciting and a fundamental part of the solution, but we must not let wishful thinking blind us from the many shortcomings they still have. Amidst talk of climate emergency and impending apocalypse, making nuclear power play an active role in the energy transition makes more social, environmental and financial sense than betting on technologies that are not up to speed. According to some commentators, a generalized embracing of nuclear power could have avoided climate change altogether.

Is it time we look at nuclear energy in a different light? After all, when Blinky first appeared in the waters of Springfield it was 1990… 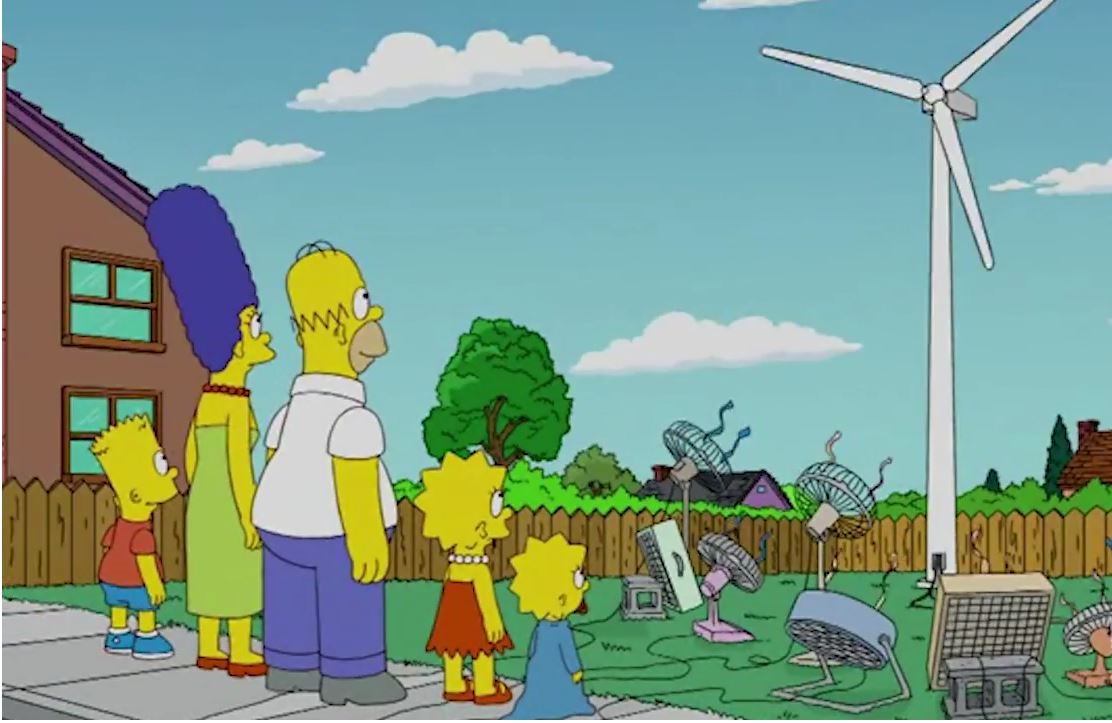 Why are the greens in Finland no longer anti-nuclear?

Do you want to know Carbon emissions by energy source?

Differences between a nuclear reactor and a nuclear bomb

Have a look at the CO2 emissions by country in Europe – and the effect that phasing out nuclear has on Germany’s emissions.

Have a look at the fundamental role the International Energy Agency gives to nuclear energy on its last report: Net Zero by 2050: A Roadmap for the Global Energy Sector

Could the London Underground be used to heat homes?

WTF are NFTs? Their hidden costs